Reclaiming the Commons for the 21st Century 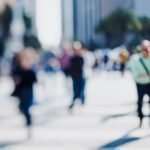 This pre-modern concept of the commons – people working and sharing together – has new relevance in the 21st century. We have come to articulate this life choice as seeking a common GOOD.  Join us in exploring what this means.

This pre-modern concept of the commons – people working and sharing together – has new relevance in the 21st century. Science is demonstrating that we are innately wired to co-exist with each other, the earth, and even the universe. At an emotional/spiritual level we are finding deeper meaning and happiness in pursuing this symbiotic relationship. The language of the commons helps us understand who we are and can be.

Commoning provides a collaborative means to survive and thrive in this century. It is a practical alternative to the narcissism and abuse of a free market-dominated world. This excessive market “freedom” shows a blatant disregard for the health of the earth and the well-being of all. It is a dis-ease that needs our attention. By seeking to reclaim commoning practices we might heal ourselves and the planet.

Before the industrial age, and even before that in Indigenous communities, people worked, lived, and interacted in commons communities. In essence, they were local, self-governing, and more participatory. While part of feudal power structures, commons helped most of our ancestors to exist in these community-oriented ways.  Over the last 500 years of industrialism, capitalism, increasing representational democracy, and a liberal turn towards selfhood and more equity, we’ve seen tremendous advancements, particularly in the 20th century. Unfortunately, feudal/oligarchical power in the form of colonial, neo-colonial and corporatist/financial power structures continue to dominate our political and economic systems. While humanity has “advanced” in many ways this fundamental inequality remains. A few have most of the wealth and power, and the rest of us divide up the remainder. In earlier times, most of us did this by helping each in formal and informal commons.

With this project we’d like to lift up commoning as a viable way of life that is an alternative to the dominant neoliberal power structures but more importantly is a fulfilling, sustainable way of life that benefits all in renewed bio-centric (earth-friendly) and spiritually-deep ways.

We’d like to collaborate with others who share this way-of-life and way of thinking, in its various permutations, so that we survive and thrive in the 21st century. We know of unprecedented threat but also opportunity. As the ancient Hebrews, in imaging our divine calling suggest: “I have set before you life and death, the blessing and the curse. So choose life in order that you may live…” (Deuteronomy 30:19)

We have come to articulate this life choice as seeking a common GOOD.  Join us in exploring what this means.