The United Church of Canada 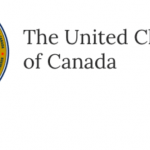 The United Church of Canada joined with a diverse group of national organizations to issue an open letter to the Canadian government championing the swift and uncompromising implementation of the Pan-Canadian Framework on Climate Change and Clean Growth.

The Framework, released in December 2016, is the first document of its kind that brings the federal government, most provincial and territorial governments, and all major sectors of our economy together on a shared path of climate action.

“Climate change remains the greatest moral challenge of our generation,” said Mardi Tindal, former Moderator of the United Church (2009–2012). “The suffering and damage caused by Hurricanes Harvey, Irma, Jose, and Katia remind us of our self-destructive path. As people of faith, working to mitigate climate change is one way we follow God’s commandment to ‘choose life’ (Deuteronomy 30:15-20).

“And working with other Canadians to advance the Framework is one of the ways we live out the promise of our United Church creed ‘to live with respect in Creation.'”

Signatories to the letter offer their assistance to the Canadian government on implementing specific elements of the Framework. The letter emphasizes the comprehensive nature of the Framework, which requires that each of its pieces be carried forward with the utmost integrity and ambition so that Canada stays true to its climate commitments and moves forward with a just economic transition.

Together, these organizations represent the diverse interests of millions of Canadians across the country, including workers, businesses, farmers, health professionals, people of faith, and civil society. Signatories include The United Church of Canada, the National Farmers Union, the Canadian Public Health Association, the Canadian Labour Congress, Canadian Business for Social Responsibility, the Canadian Association of Physicians for the Environment, and Climate Action Network Canada.